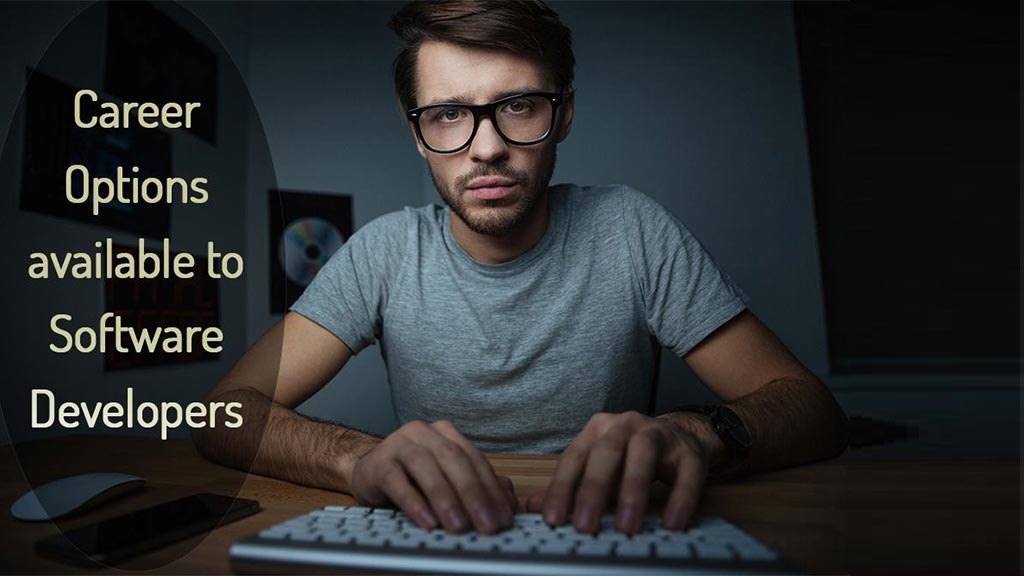 What are the Career Paths available to Software Developers in India?

Don’t Choose Just a Job, Instead Focus on Building a Career

All software developers worth their salt, would have faced this question at least a few times, “Where do you see yourself in 3/5/10 years?”

That’s a toughie and finding the right answer remains pretty elusive. As a software engineer, you have plenty of options and career paths to choose from. What works for one person may not work for the next one.

So, how do you find the right career progression path for you? To find out, you have to be aware of the options available to you and discover your passion or inner calling.

Where you ultimately end up is determined by the software development career path you choose.

The Career Path Choices you make Influence your Happiness

Too many young, software engineers fail to get the big picture at the start of their careers. Instead, they just go along with the flow and pick the first option that comes their way.

In this article, we help you make a conscious choice and find the right career progression path that not only suits your aptitude but is also in line with your passions.

While there are many types of software engineers based on their niche and expertise, we can divide them into the following three major categories. They are:

Let’s take a closer look at each of them.

They are the most common. They are employed by someone and paid to write codes or develop programs. They work for a company, move up a few rungs on the corporate ladder, switch companies a few times, and then retire someday.

As the title implies, a freelancer doesn’t work for anyone. Instead, he/she chooses to work with a particular client and gets paid for the job done.

They don’t owe any allegiance to a particular company. Rather they work with whom they wish and can terminate the contract at any time.

This one’s a hybrid of an Entrepreneur and a Programmer. While the freelancer builds the product of another person, the Entreprogrammer uses his/her coding skills to create a product/service/program and sell it to other clients.

Some examples of what an Entreprogrammer does are:

Whether you’re a career developer, freelancer, or an entreprogrammer, you can choose any one of the following career paths. These career paths aren’t carved in stone. While some developers may skip a rung or two, others may stop at a particular level.

There’s no right or wrong option. It all comes down to the preference of the individual. Let’s take a look at the general options available for all software engineers.

This is the most commonly chosen option as of today. Most software developers in the industry are some type of web developer. Meaning, they work on a job that involves web development.

It’s a no-brainer that you work on web applications when you choose this option. You can work on the front-end sprucing web pages and making them look pretty or work on the back-end and make things tick perfectly.

Or, you can work on both sides and cover the whole spectrum of web applications. Software developers who are well-versed in both the front-end and back-end are known as “Full stack developers.” They take care of all components of a web application – UI design, database connectivity, and business logic.

They are the superheroes of the app verse. Of late, more and more software developers are choosing to become mobile developers building applications for mobiles, tablets, smart TVs, and other wearables.

Right now, this option is proving to be lucrative and profitable as apps have become the powerhouse driving all firms and brands.

This career choice is far from dead. A huge majority of people make use of desktop applications like web browsers, email programs, word processing applications, and much more.

With that said, it can’t be denied that desktop software developers aren’t in the limelight right now compared to the last decade. More companies are switching to cloud-based applications instead of standalone desktop programs.

However, there’s no denying the fact that this is a viable career option even today.

Ask any young male teen, he would reply that his dream career is to become a “Video game developer.” This is a highly challenging and lucrative career option for software developers who are ready to put in long work hours and tackle huge competition.

With that said, if you’re passionate about gaming and nothing gives you a high like setting a new score on your favorite online game, and you have the necessary coding skills, then go down this path.

This may sound a tad old school but trust us, it isn’t. With the increase of smart devices, there is bound to be an increase in the demand for embedded systems developers.

Embedded systems are the electronics inside other devices. Hence, they get the name. They work on real-time operating systems and require a particular set of skills. This makes this option a highly rewarding one monetarily.

This is a fairly new choice, and software developers who opt for this route are given the fancy title, “Data Scientists.”

In short, a data scientist works on large sets of real-time data, makes sense of it and predicts patterns, and infers conclusions from it. They use their programming skills to write programs that extract, manipulate and reorganize data to make it user-friendly.

With the staggering amount of data produced every day, this one is a promising option for at least the next few years.

Most software developers don’t work on programs that are available for commercial use. Instead, they work on the internal tools of an organization. These tools are crucial for the success of a company since they optimize the business process, producing better results.

Enterprise developers need to have an in-depth understanding of the organizational hierarchy, workings, and business flow to create practical tools that meet the purpose.

This is also a relatively new field and has seen a huge surge in popularity in recent years. More and more web and desktop applications are migrating to the cloud.

A cloud developer should have a keen understanding of the cloud framework to create applications that are scalable and robust.

Gone are the days when manual testers had to wade through pages of codes, checking for glitches. Today, software testing is predominantly automated.

As an automated test developer, you create a program that runs automatically, navigates the app, and verifies it. This is a challenging role because you have to write code that tests other code. However, it’s pretty fun and interesting, if you’re passionate about it.

Progressing beyond the Dreaded Glass Ceiling

Irrespective of the career option you choose, you are bound to hit a plateau sooner or later. The Glass Ceiling is a term used to denote the upper limit of your career path.

As a software developer, you can climb up only to a particular limit. After which, your growth and progression come to a standstill. The glass ceiling is pretty low at most small to mid-sized firms. However, the upper limit is quite high at big-name companies like Apple, Google, Facebook, Microsoft, HP, and several others. These businesses require the best technical talent out there and therefore accommodate special career paths for highly expert technical people.

Once you have a particular number of years of experience in your kitty, you’re bound to hit a glass ceiling. However, you can transform from a software developer into a Manager, a Technical Leader, or an Entreprogrammer.

The Managerial Route: You can opt to become a manager and train/lead the programmers under you. If you choose this route, you can become a project manager, developer manager, section manager, or even progress to an executive position like a Director of Development or CTO (Chief Technical Officer) depending on your caliber.

The Technical Route: If you choose to head the technical route, you can progress to become a Product Specialist, Product Architect, and so on.

“Always keep an eye out on where you’re heading.”

Thinking about your career paths must occur right from the very beginning. Don’t wait until you’re well past your prime to make a choice.

If you want to move in the right direction, you must have an idea of where you’re right now. So think carefully. Ask yourself these questions, “Do you want to be a career developer or a freelancer?” “What’s your passion: Mobile/Cloud/Web and so on?” “Do you want to keep on coding forever or does your heart lie in training and guiding others?”

Remember that while you need to figure out what you want, you can always change tracks later on.

Just because you chose a particular path, doesn’t mean you have to stick to it for life.

You can start your career as a career developer, learn the ropes of the trade and then move on to become a freelancer or an entrepreneur once you gain expertise.

With that said, don’t aimlessly drift in your career. Instead, pick a good position, have a plan, and achieve your goals.

Are you looking for an exciting workplace to begin your career as a software developer? Does the thought of tackling innovative challenges trigger the coder in you? Then, check out the available positions at WebFries, a top website development company & Web Design Company in Gurgaon. Give us a call at +91-124-4379-633 to kick start a great career.