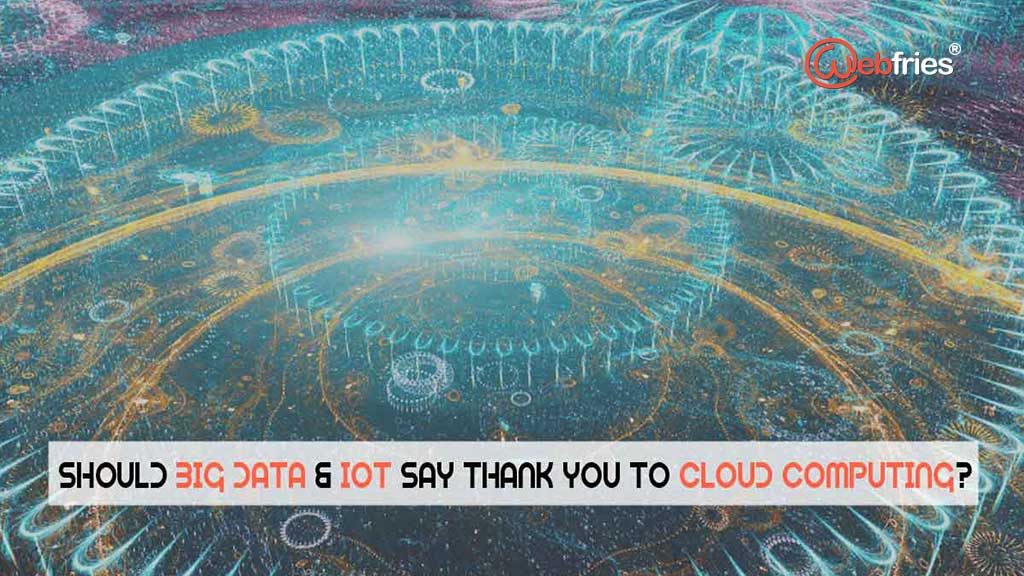 Thank the Cloud for Making Big Data and IoT Possible

Is there any relation between IoT, big data, and cloud computing? If it exists, why the cloud is an important piece in the architecture that will make the other 2 technologies grow exponentially? As you know Big data is basically to analyze a huge amount of data and make sense out of it and IoT is the internet of things or connected devices. These technologies are becoming a norm now as the cloud has proved to be an amalgamation ground for it.

The concept of IoT and Big data are fundamentally there available for quite a long now. They may still sound quite fascinating however have become a reality and very soon will see them becoming a norm. Like sci-fi technology if we were aware of this concept long back, why didn’t it happen 10-15 years back?

Big data as a concept was always on the cards in the ecosphere of database technology. It was part of the curriculum in college and would have been considered as the next big thing. Still, it was available only conceptually and in books. Reason? Pre-requisites of hardware and software which can handle petabytes of data for analyzing purpose were not available. The response which is anticipated from the black box is in few seconds, earlier while doing the processing of big data could take weeks or in worst cases months.

And then entered the cloud. Techies started doing the testing on the private cloud as it was considered a safer bet and also more robust. With the public cloud providers joining in the race and soon leading in it, interest in big data (like Hadoop and equivalent) has increased multi-fold. Companies like Microsoft, Amazon, Google which are the providers of big data have a huge contribution to this. They are the ones who have scaled it up like never before.

IoT has a different story, to connect the actuators or sensors and getting feedback is there available for a long time. NASA is doing it for 50 years. They are collecting key data from the rockets and getting some conclusions based on the figures in a quick time. However, what was the reason why only companies like NASA were doing it and now it’s envisaged soon IoT will become a norm? The answer is price. With so much focus and its great usability insight and also major players spending a good amount of money on its R&D, the price of doing so has come down to a stage where everything from our thermostats to our washing machines will now be connected to our friendly internet.

An overall summation is we are in the process of automating these sensor devices using smart grids, learning systems, and data collection to do the analysis, we have to use public clouds to make the application of IoT technology easy on our pocket.

It’s easy to say with the advent of running it on the cloud, there is a definite cost efficiency achieved by IoT and big data. To become anything realistic for a common man, it has to be affordable. Once affordable it doesn’t take much time to be accepted by the masses if usability is of this nature.

In near future, if you get your health report or electricity bill, or health check report of your smart driverless car you would know the cloud has a major contribution to make it happen and make it so seamless in our life. What do you say, isn’t it a natural evolution of technology?

Webfries is a web design company in Gurgaon, trying to evolve naturally to a company having a niche in cloud computing and big data. Check our services on www.webfries.com. Contact us at +9 124-4379-633.