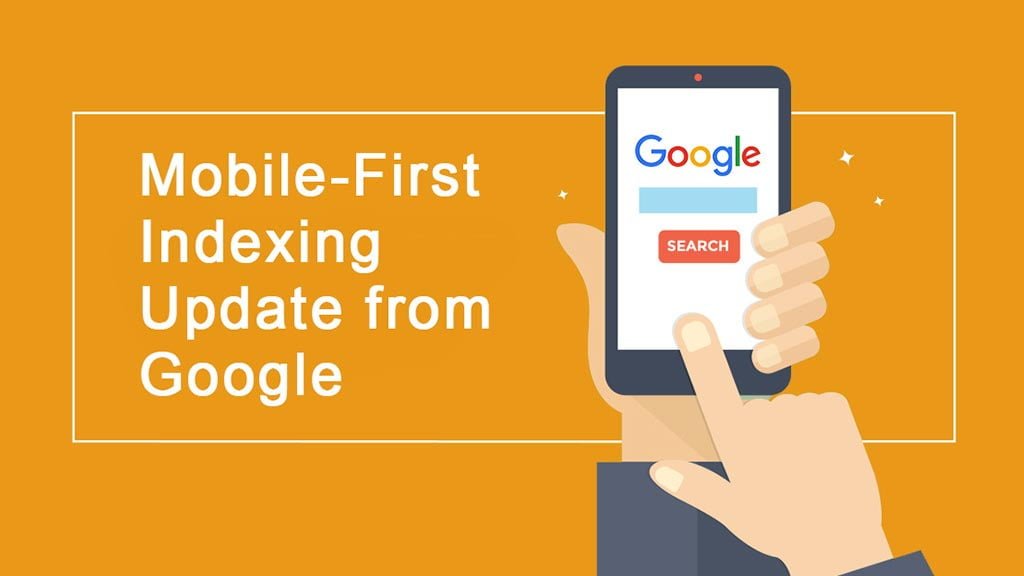 Mobile-first Indexing – What is it, How it Works and Impacts on your Site

Are You Ready to Tackle the Mobile-First Shift? Find out Now.

Ever since Google announced that it’s making the move to a Mobile-first Index, the entire SEO Services Company and web design services company is strife with speculations and rumors. The Mobile-first index has been the buzzword of the industry for the last five to six months.

Amidst this cacophony of noise, it’s easy to get lost and feel overwhelmed. Here in this post, we give you a quick rundown of what to expect and how to prevent traffic loss during and after the change.

Let’s dig in without further ado.

First things first, what does the Mobile-First Index mean?

Google is planning to change the way it indexes websites. Currently, the search engine looks at the desktop version and then uses that index to rank the mobile site. Once the Mobile-first index rollout happens, the entire process will change.

Google will rank your mobile site first and use that ranking to rate the desktop version.

Why the Move to a Mobile-First Index?

Currently, Google uses an indexing system that is based on desktop sites. When a user searches for something on Google, the spider bots take a look at the list of desktop indices created by Google crawlers. Then, it displays the relevant results based on the desktop rankings. The desktop rankings are then applied to the mobile site too.

This process has some major flaws. Several times a user finds something in the search result snippet and clicks on it, but gets redirected to the mobile page of the site. However, the mobile site is a stripped-down version of the desktop site. And often, the information present in the snippet is absent in the mobile version. This is one of the major flaws of the current indexing mechanism.

Google aims to resolve this issue with Mobile-first indexing.

When is the Mobile-First Rollout scheduled?

As of writing this article, Google hasn’t released an official date. However, it’s certain that the update is currently being tested and in the pipeline.

Google has often stated in its official reports that the update is months away. From their reports, we can guess that the rollout will happen sometime in the latter half of this year or early 2018.

Here are the answers to a few commonly asked questions about Mobile-first Indexing.

I don’t have a mobile site yet. Should I be worried?

While Google gives preference for mobile sites, it will still crawl your desktop version. In an official statement by Google, it has stated, “if you don’t have a mobile version of your site, Google will use your desktop site for indexing, even if mobile devices are used to access the site.”

My mobile site is a watered-down version of my desktop site. I don’t have much content on it. Should I do something?

Positively, Yes. Google has made it clear that it will look at the mobile site first for creating indexes. If Page A on your mobile site has lesser content than the same Page A of your desktop version, then Google will probably make use of the mobile page with lesser content.

This could lead to a loss of traffic. So, Google recommends that you take a responsive approach. The content should be the same, irrespective of the device used to access the site.

WILL GOOGLE RANKINGS CHANGE BIG TIME BECAUSE OF THIS?

Paul Haahr and Gary Illyes of Google have stated that the rankings won’t be affected by this move. In fact, they have further clarified that they have taken measures to ensure that there are minimal changes in rankings.

However, it’s too early to tell.

HOW DO I ENSURE THAT GOOGLE SCANS THE MOBILE VERSION OF MY SITE?

The easiest way to ensure this is to use the Fetch and Render tool. This is located in the Google Search Console. Enter the mobile: smartphone user-agent and take a look at the preview of your site after running the fetch and render tool.

The preview is what Google will use to index your mobile site. If you find any content missing, then you must take steps to fix it.

Once you have added the missing content, rerun the tool to check if it’s updated.

WILL GOOGLE USE DIFFERENT INDEXES FOR DESKTOP AND MOBILE SITES?

Eventually, Google plans to move to only one index – the mobile version. This one will be used for both mobile and desktop users.

However, during the rollout phase, there are likely to be two indexes: mobile-first and desktop-first. But, search users will have no idea of what index they are using.

As Google irons out the kinks in the mobile-first index, it will become the only index employed by the search giant. There are also chances for the other to happen. If Google finds that the mobile-first index isn’t working that well (however the chances of this happening are minuscule), it can go back to the previous version.

Take a look at this blog post from Google which has further info on this question. Whatever be the index used, Google will use only a single index to rank all websites and apps.

Paul Haar of Google has further stated that a desktop index for desktop users and a mobile index for mobile users will never happen.

Now, that the mobile-first index is all set to happen, what are the things I have to check on my site to get it ready for the rollout?

Let’s take a closer look at all that you have to alter.

Start by taking a closer look at your mobile site. Is all the content present on the mobile version accessible/visible? Are you providing a consistent experience to all users irrespective of the device they’re on?

However, a word of caution, when you include content on the mobile site: Don’t sacrifice user experience, just to meet this requirement.

For instance, if you have“300 words” content on the top of a product page, including this text block in the mobile version, will push all your products to the bottom of the page. This will require several scrolls which negatively impacts the UX.

Instead, you can try to move the content further down the page or hide it with a read more button.

Apart from the content, you have to ensure that the Headings (H Tags) and Titles aren’t missing on the mobile page and are displayed how you want them to be.

The rate at which a page load plays a significant role in determining usability, especially on mobile sites. If a page loads slowly, especially on spotty mobile connections, then you can be pretty sure that most of your users are going to abandon it. This makes the page loading speed a crucial factor in determining the ultimate ranking of a page. This will continue to hold true, even in mobile-first indexing.

So, how do you check the page speed of your mobile site? Test your site in the PageSpeed Insights tool from Google. If any problems are highlighted, you can take steps to fix them. No issues? Pat yourself on the back for your excellent design skills.

WHAT ABOUT THE SITE STRUCTURE OR INTERNAL LINKING?

Sites that have separate or dynamic URLs for their mobile-friendly version have an internal linking structure that varies widely from that of the desktop version. This is likely to create user experience issues, and users find it difficult to locate content on the mobile site.

Similar problems are likely to occur when the spider bots of Google crawl your site. To prevent a drop in rankings, ensure that the internal linking architecture of both the desktop and mobile sites are the same or pretty close.

WHAT TO DO WITH THE STRUCTURED DATA?

The mobile-first index is sure to change the way Google ranks sites significantly. To ensure that you don’t take a hit big time, make sure that the UX provided by your mobile site is the same as that of the desktop site. Also, if you don’t have a mobile responsive site, it’s high time to get started.

Haven’t made the transition to a mobile site yet? Get in touch with our SEO Company – WebFries, a top-notch mobile responsive website designing company in Gurgaon. Our design experts help you zoom ahead as the world transitions to mobile-first. Ring us up at +91-124-4379-633 to get started on your web design project.